My first impression of Finland was that it looked just like northern Ontario. Same rocks, trees and rugged wilderness. My second was how the Helsinki airport looks like it was built by Ikea. Heading through customs was a breeze as was finding the bus stop –right outside the main hall – and ticket machine (it has an English mode). The main train station, in the heart of historic downtown, is about a 15 minute ride away.

Helsinki is a very nice mix of old and modern Europe. Cobblestone streets, architecturally interesting building but with cafes, restaurants and bars  at every corner. The historic center isn’t very large and can easily be explored by foot in a few days.  The following are a few of the main sites:

This Evangelical Lutheran church was completed in 1852. While a bit modern for my tastes, the size and location above Senate square is quite impressive. On the inside, the church is surprisingly sparse but towers above you. Several other key government buildings are nearby while Uspenski Cathedral and the wharf are only a short distance away. 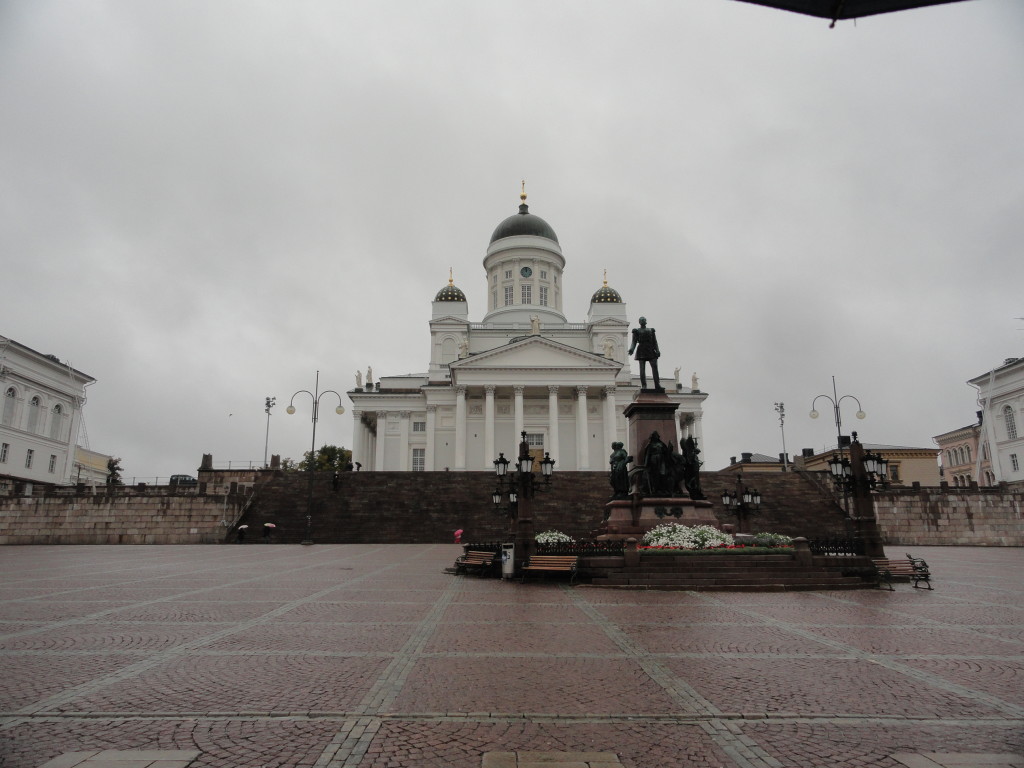 This church is quarried out of the natural bedrock and is one of Helsinki’s most popular tourist attractions. The interior walls are created naturally by the rock and the ceiling is made out of hundreds of narrow planks of copper. Very neat. 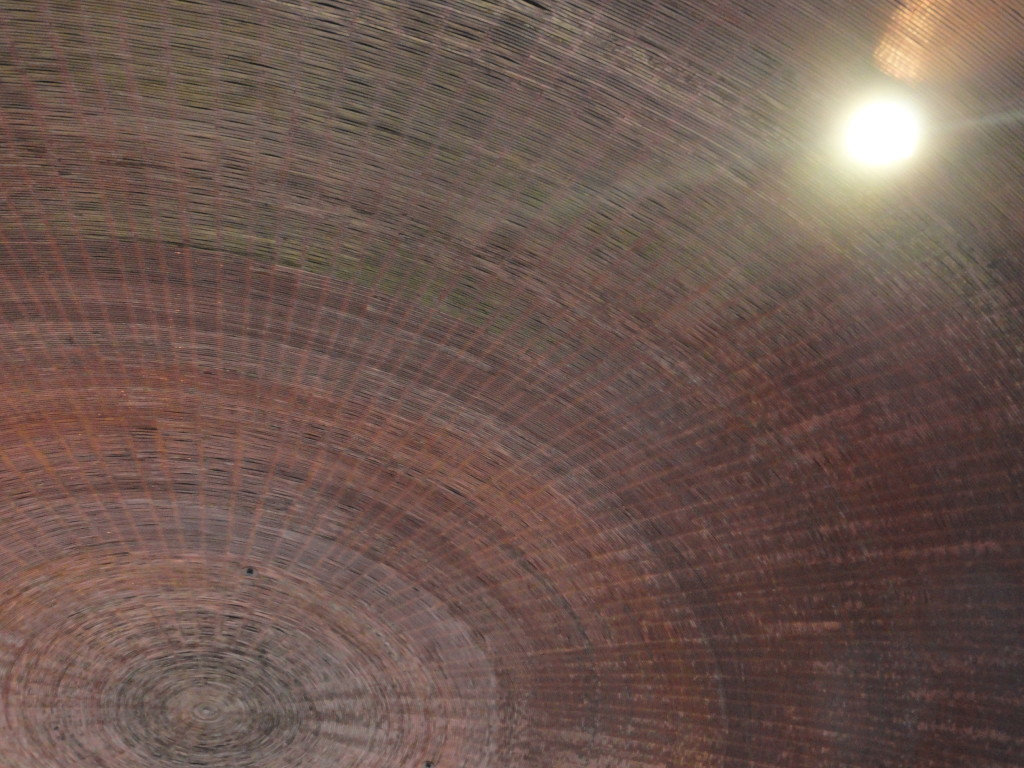 These two are near each other and right around the corner from Temppeliakio. Unfortunately for me I was walking around town on a Sunday so they weren’t open. Outside impressions though: the Museum has some pretty funny animals out front while the Parliament is a solid piece of 1920’s government architecture (so not very exciting). 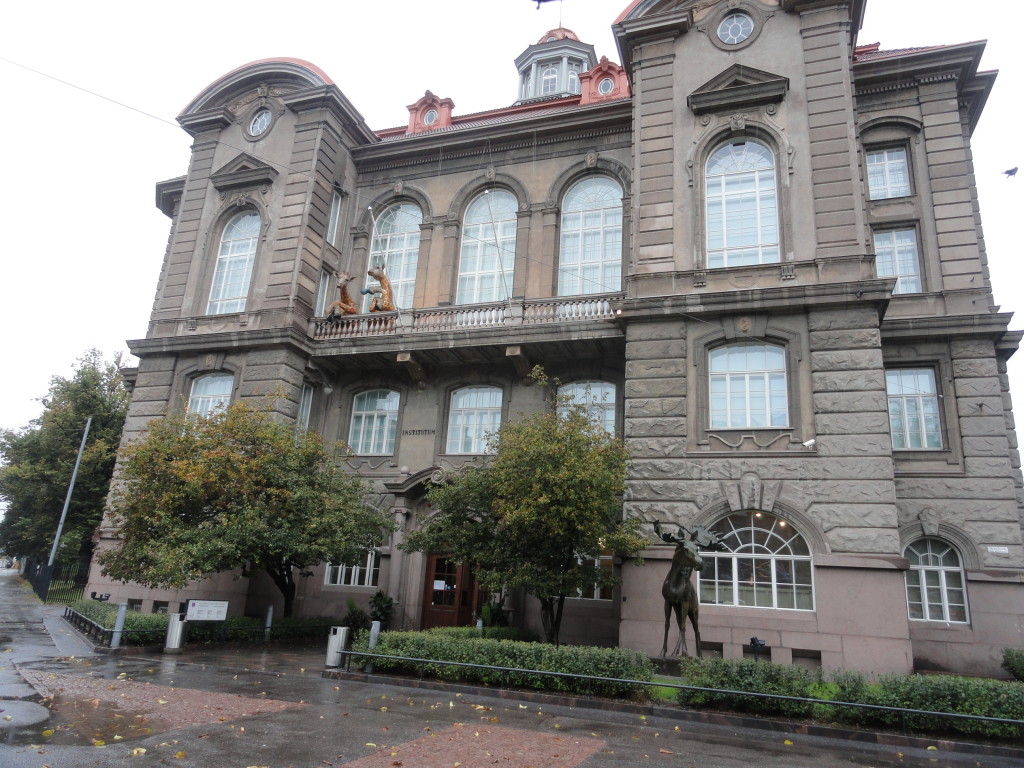 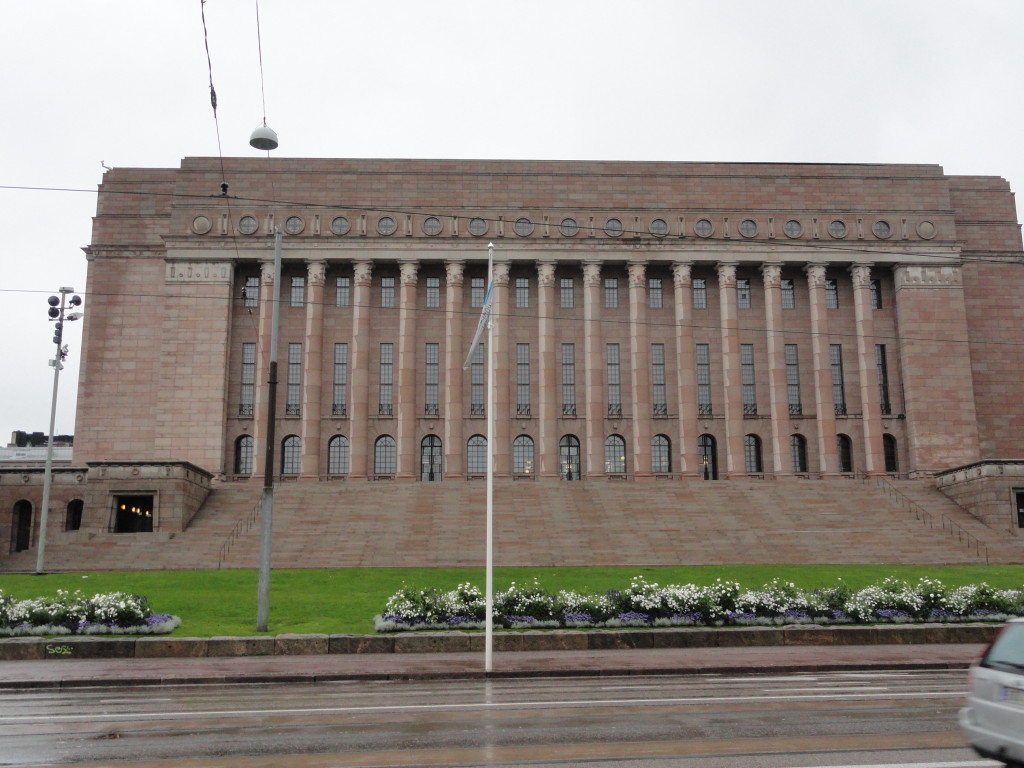 Completed in 1868 the Cathedral is the largest orthodox church in western Europe (or so they claim). The old red brick façade and green rooftops can be seen from a distance and the inside is quite spectacular. Oddly enough it’s actually quite small inside even with its claim. 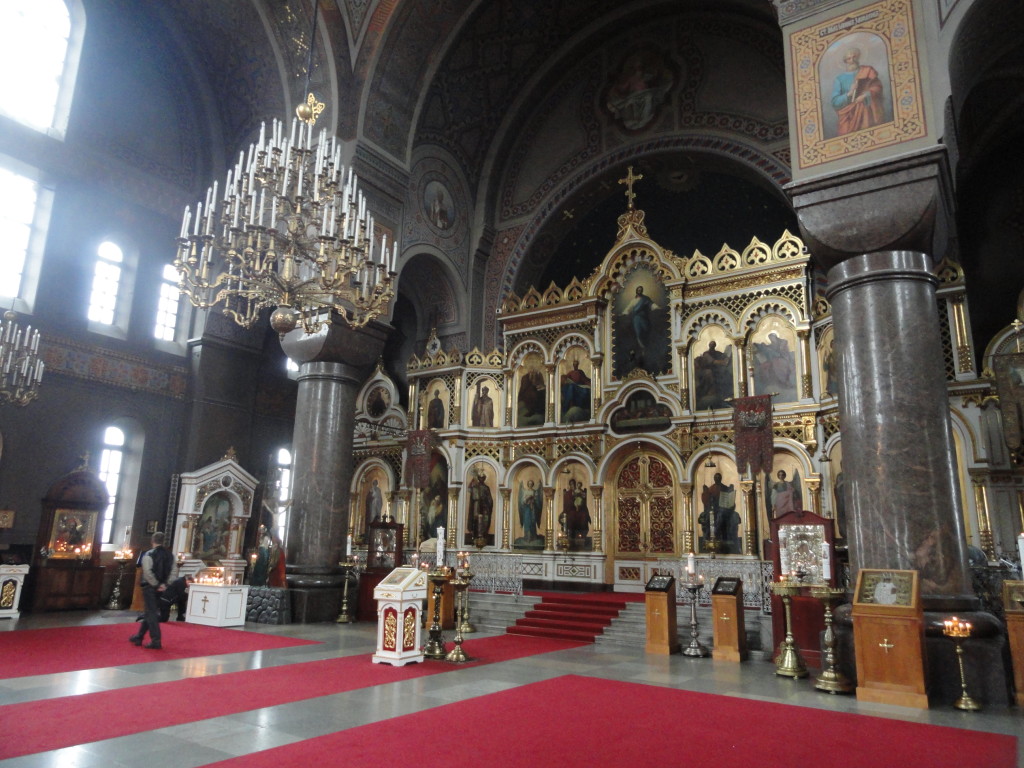 The Fortress is located a short ferry ride away on a small set of islands (head to the wharf right beside Upenski for tickets and departure. Grab some food while waiting from the street vendors). Interestingly the island is actually home to a full community with a number of homes, restaurants, cafes and even a hostel operating amongst the military monuments. Crazy enough there is even a minimum security labour penal colony as well. Founded in 1748 this fortress played a key role in the Russo-Swedish War. The fortress is well organized with museums, tours and clearly marked trails. Imposing walls surround the fort and it was a thrill to climb all over the heavy gun embankments scattered throughout. Bonus for those visiting in the summer: you can climb inside a German U-boat that they have dry docked on the side of the island. 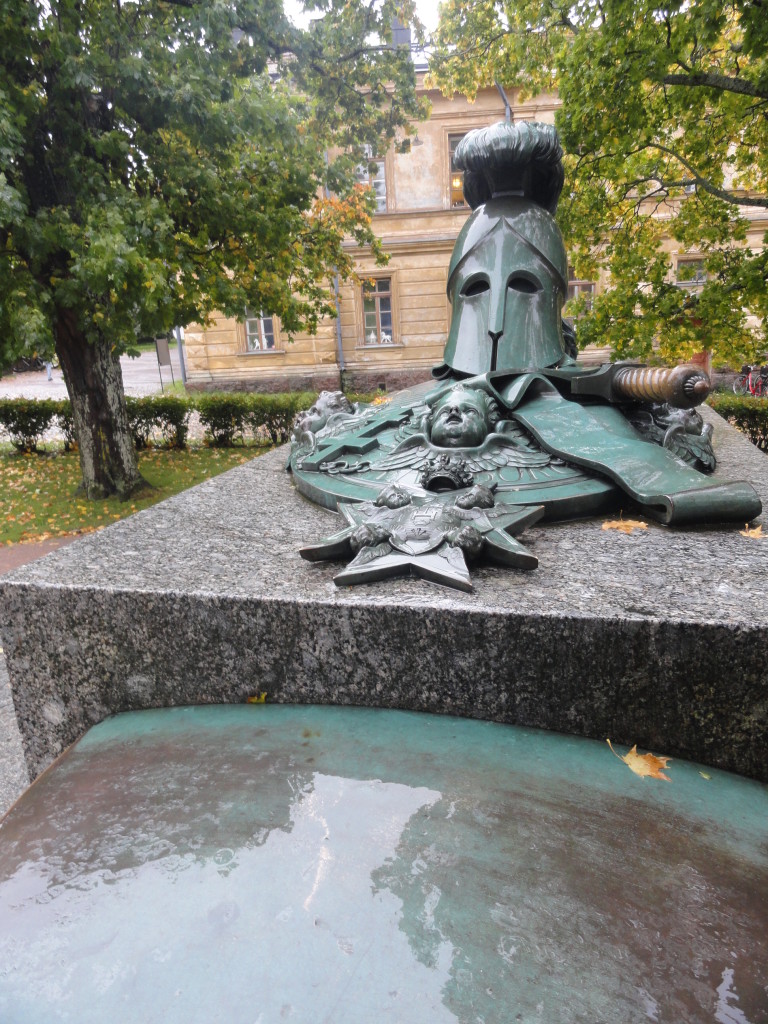 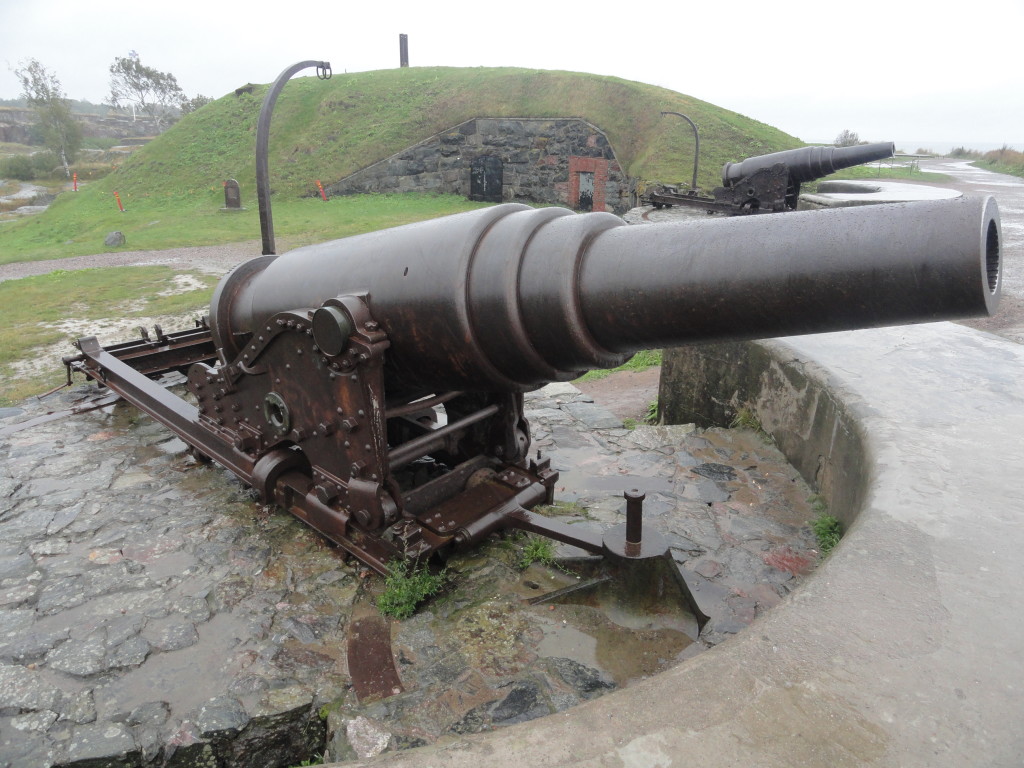 While in Helsinki I stayed at the Hostel Erottajanpuisto. Located an easy walk from everything described above as well as the main train station, the hostel was much like the city itself: a nice mix of old with modern comforts. The bunk beds were good, the company was nice and I had no problems with the facilities, though the bathrooms were quite small. Staff were very friendly as well and I would definitely recommend.

Getting out of town is easy. You can buy tickets to a number of European destinations at the train station as well as the high speed train to St Petersburg Russia (my destination). For trips back to the airport, grab a public bus out front of the train station. 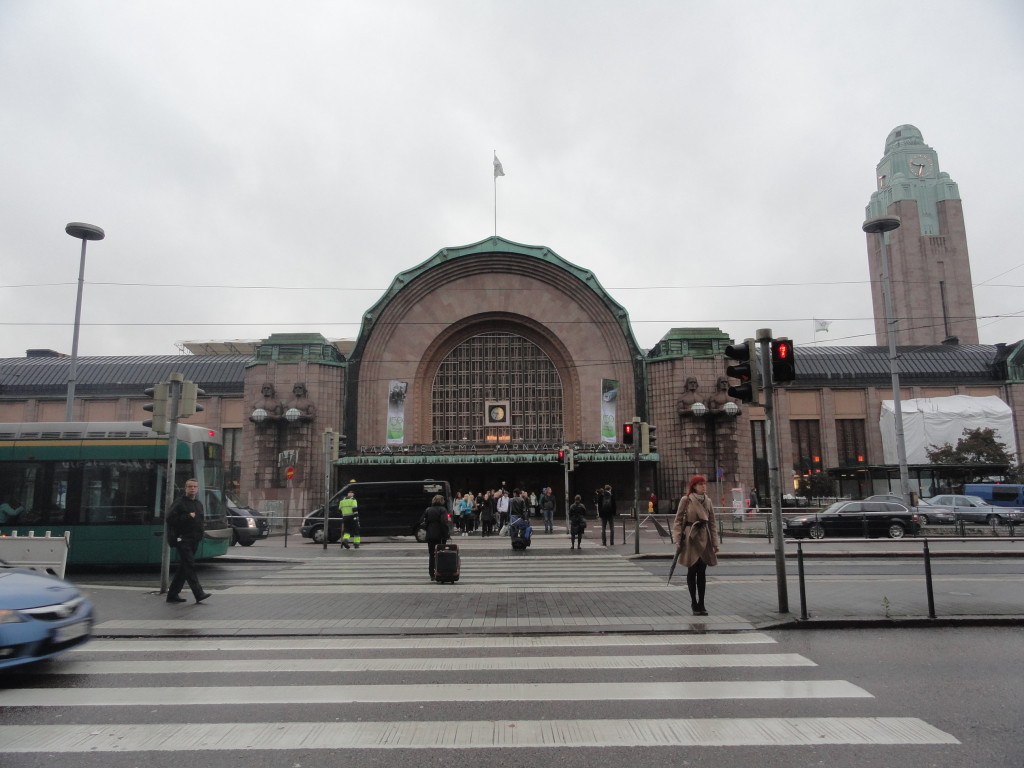 Overall I was impressed with Helsinki and despite the constant rain I had to endure, I had a great time wandering the streets and exploring the city. Fins are polite and welcoming and speak an amazing array of languages including English. I definitely got the sense that I would have enjoyed it more if I had gone with someone though. Those cafes and bars were begging for something more exciting that a single traveller sipping a beer he can’t pronounce but such is life. I guess it means I will have to come back with Ms T.

Lesson learned: change your wet socks if you don’t want to get blisters.