Stopping in Riga Latvia turned out to be one of my best choices on my Eastern Europe trip. AirBaltic uses Riga International airport as its main hub so my options were to either stay at the airport for 4hrs or spend an entire day in the nation’s capital. It was an easy decision for me even if it did mean I would be going on little sleep. 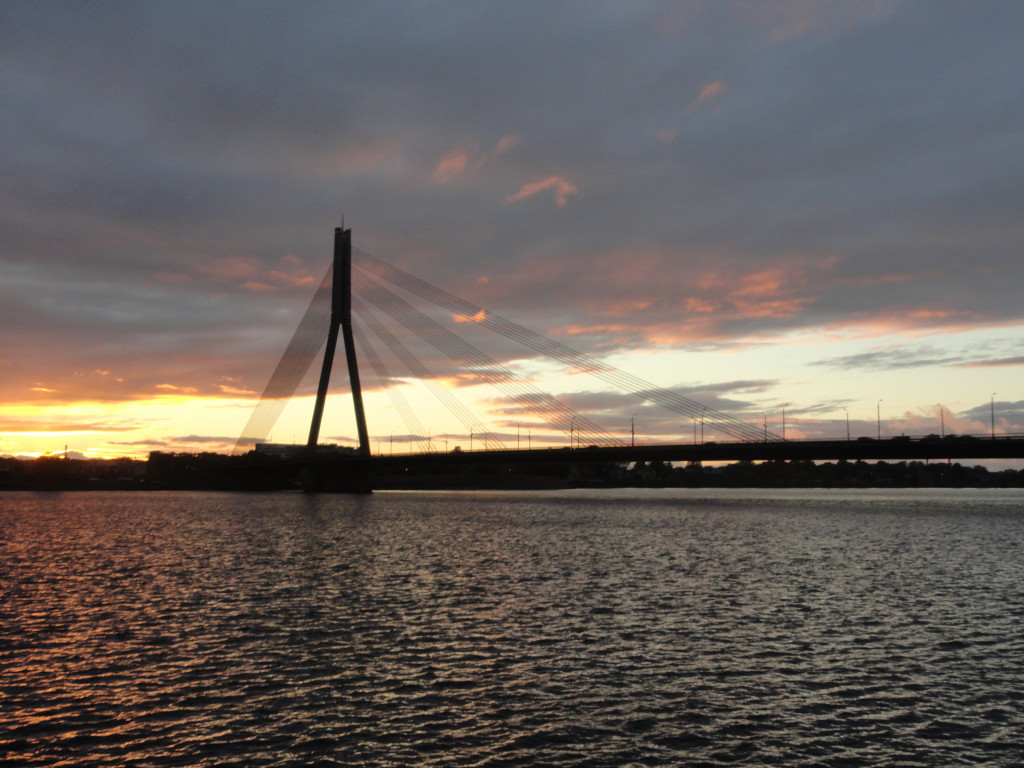 The flight itself went quite smoothly and I can’t say I have any complaints about AirBaltic (though others seem to on the internet).  Riga International Airport is actually fairly small and easy enough to navigate and soon enough I was in a bus (less than one lev, runs frequently) heading downtown to my base of operations, Friendly Fun Franks Backpackers Hostel. Since I was only going to be staying until 4am I figured cheaper is better so Franks $9 price tag sold me but in the end it turned out to be a great place. Targeted mostly at Brits coming to Latvia for a party weekend, Franks is a quirky place with very friendly staff who welcome you with a pint (yes I had one at 9am).  Since I was early for check in I just dumped my bags and went off to fit as much exploring as possible into my day in Riga. This was easy as Franks is right on the edge of the old city centre. 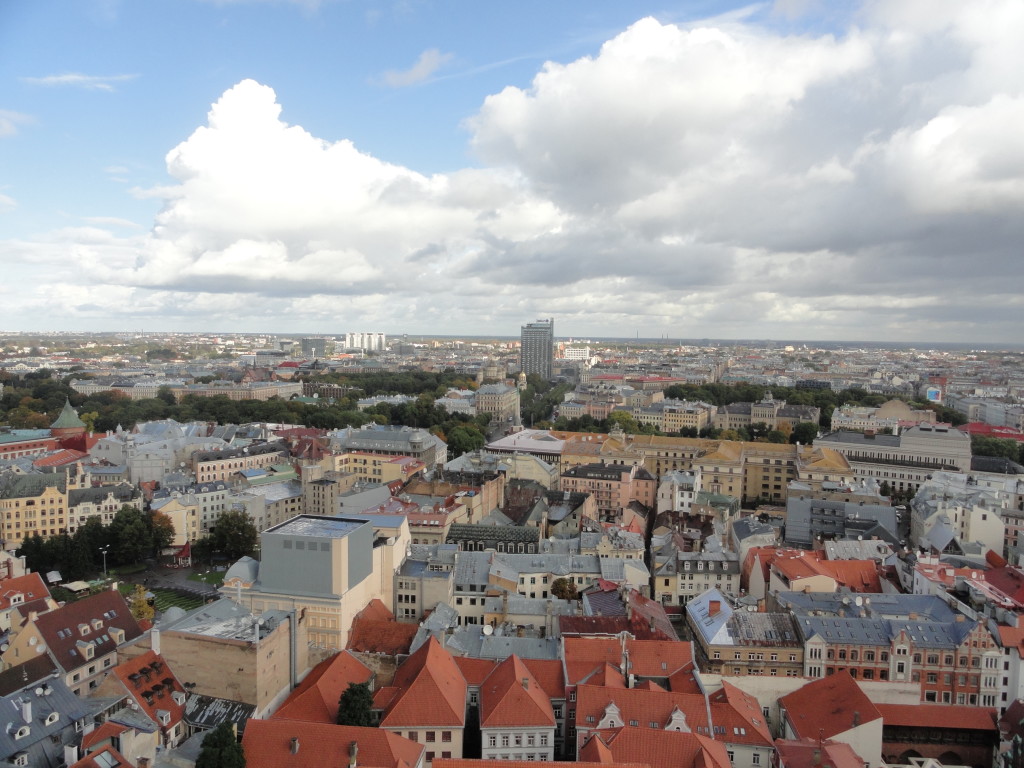 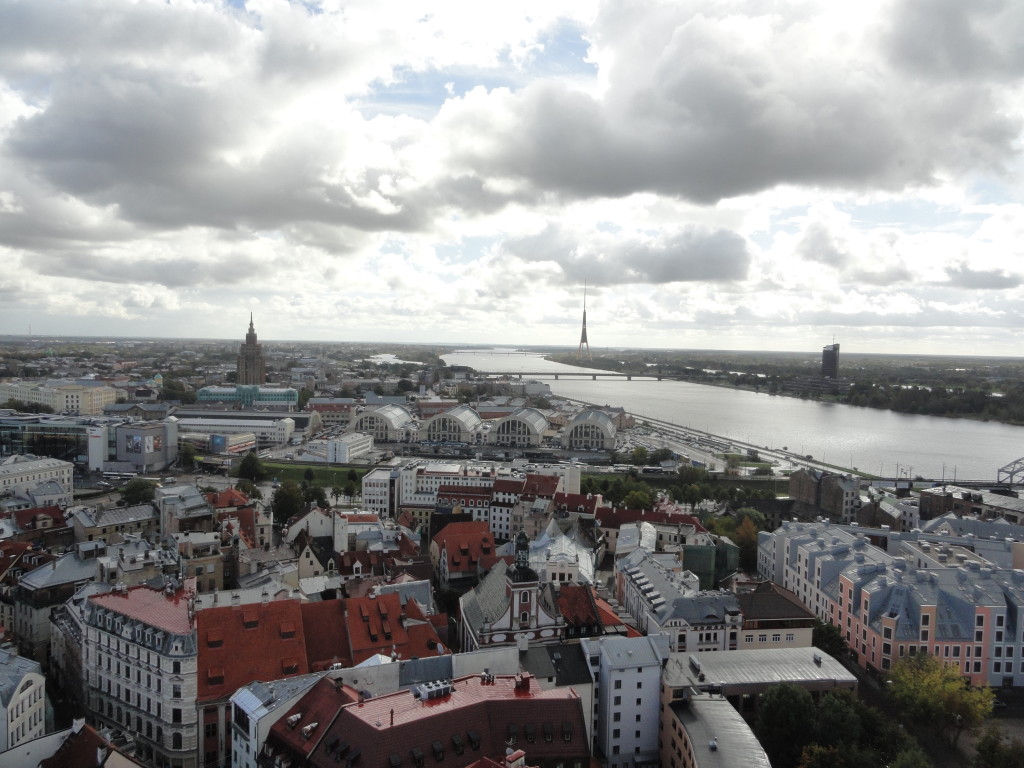 First off was a stroll through town hall square which includes the House of Blackheads, town hall, the statue of Roland and St Peter’s Church. The House is an impressive building built in the 1700’s that was a definite change in style from what I had seen in Finland, Russia and Ukraine. 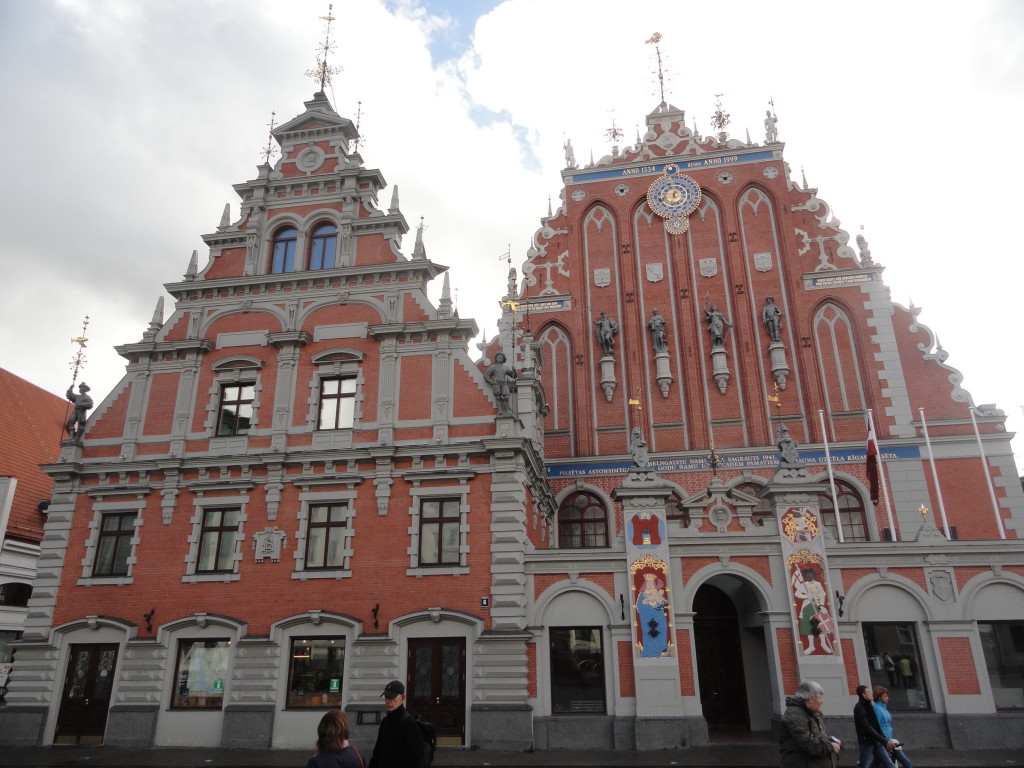 St Peter’s was an impressive, somewhat gothic church first built back in the 1200’s but recently renovated to include an elevator that takes you all the way up the bell tower. I can never say no to a good view or a good crypt so up I went and I certainly wasn’t disappointed. 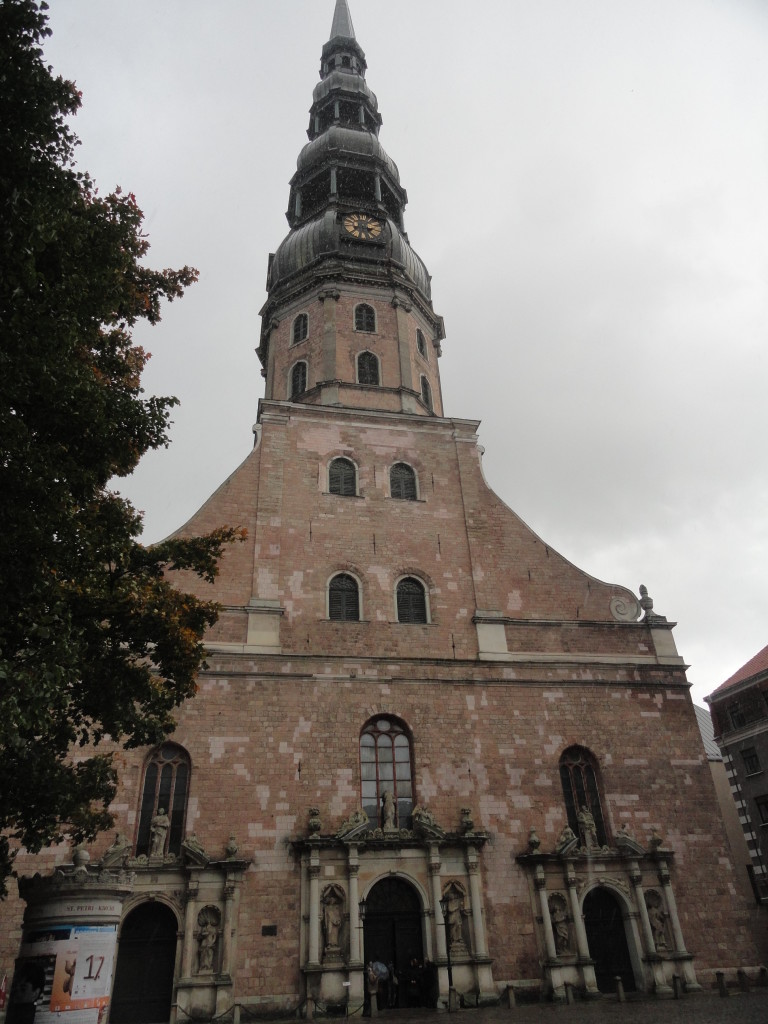 Seeing the old part of Riga is even more impressive from above as you can see the old fortifications and flow of the old city (pics up at the top of the post). I highly recommend. 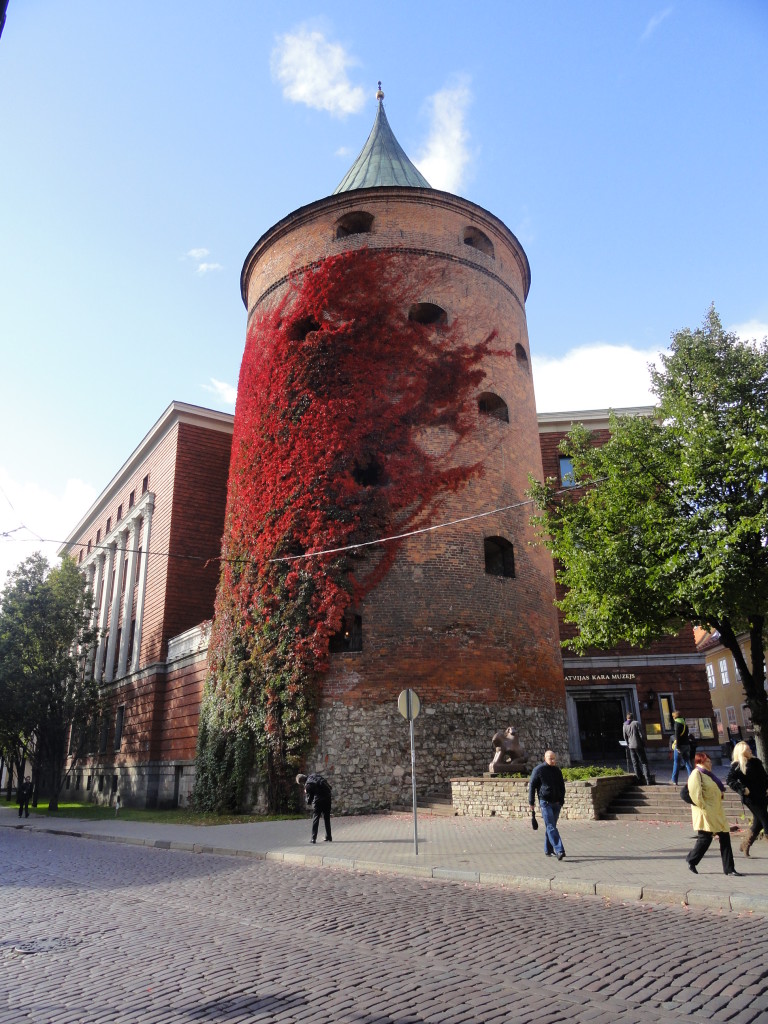 After coming back down to earth I wandered throughout the very pedestrian friendly old city checking out the cat house, St John’s church (impressive but under renovation), parliament, St Jacob’s Barracks (Powder Tower) and St Saviour’s Anglican church (I stopped in for a few minutes like a good Anglican boy should). The city architecture is varied and very interesting and it’s easy to spend hours simply wandering around. I even stumbled across a food festival celebrating….carrots? Kids were having a great time and the sausage selection was very impressive so it was actually a pretty great find. 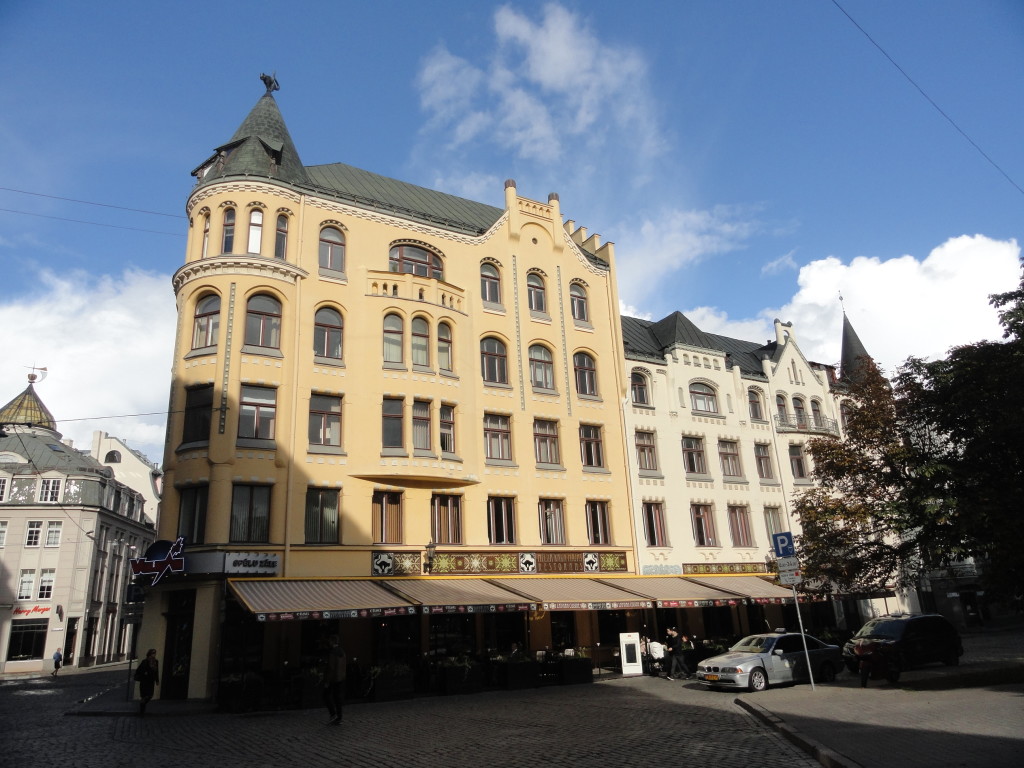 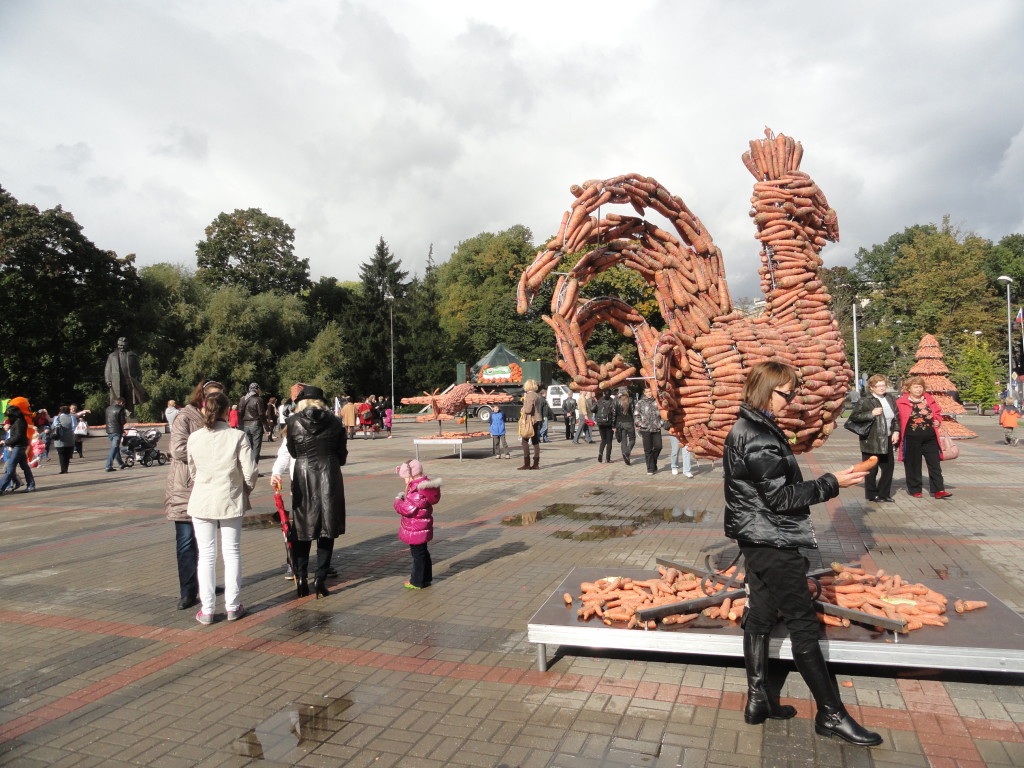 After a morning/early afternoon of walking I ended up on the other side of the old town at the Freedom Monument to watch the changing of the guard. The monument is a memorial honouring soldiers killed during the Latvian war of independence (1918-1920) and includes a woman holding high three stars. I really liked it a lot actually. Beside the monument is the National opera House with a flower garden and fountain in front of it which was a great place to relax and people watch. 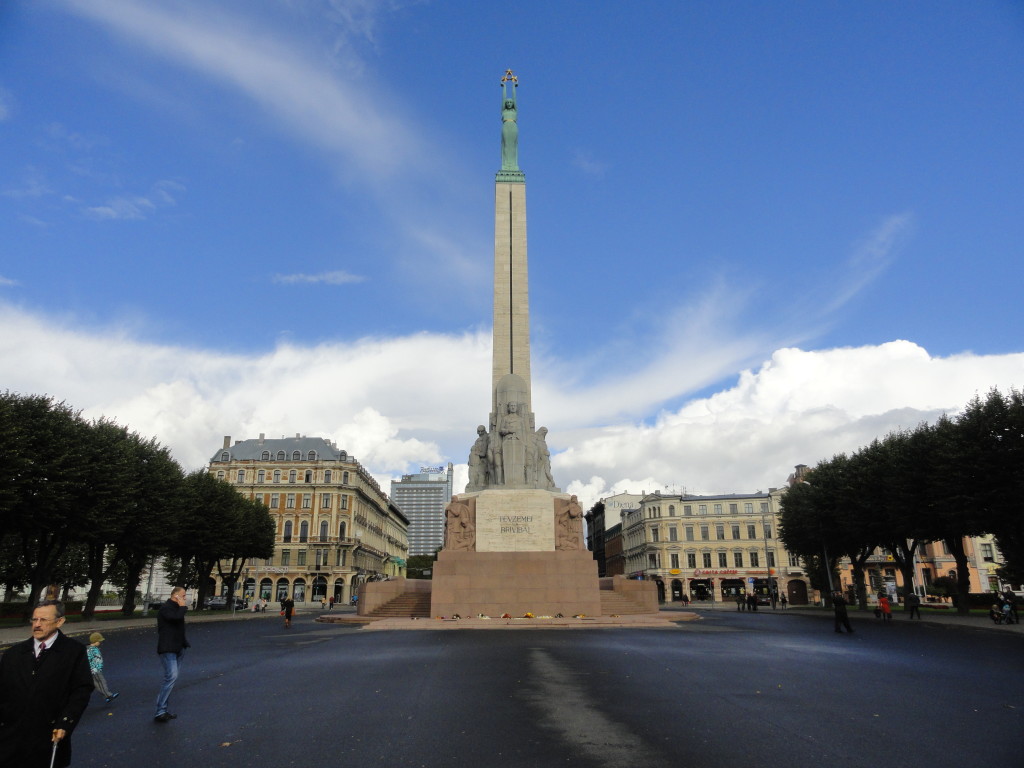 Next up I headed over to the Riga central market which is by the main transit transfer station. The market is actually a couple zeppelin hangers bought for the market back in the ‘20’s where you can find everything from knock off jeans to fresh fruits to catfood. Pretty fun to wander around but nothing all that special to buy. 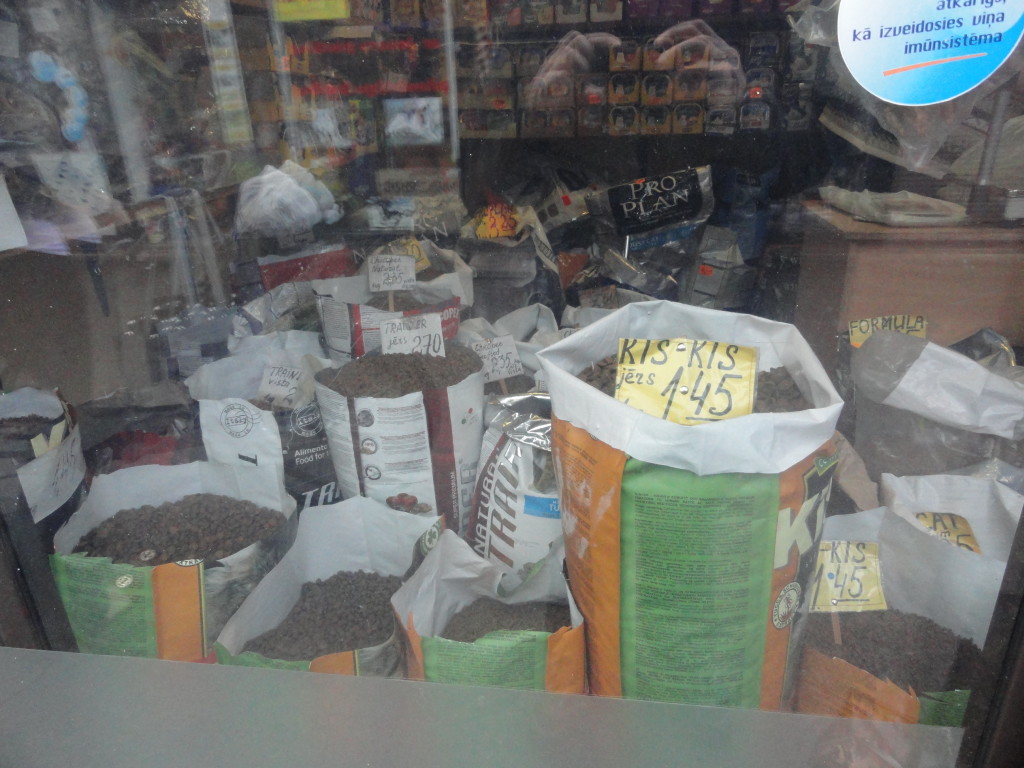 After a rest back at the hostel (due to a small rain interruption) I headed back towards the central market area to try and check out a building that was dominating the skyline. After walking through some rather sketchy areas out behind the market I made it to the Latvian Academy of Sciences, an impressive communist style building that while fairly ugly, was also quite tall. Apparently it was a bit off the beaten path because other than a woman with her small son, I was the only person around. After a few minutes of searching I found someone to guide me towards the elevator and after a couple more flights of stairs I was on the 17th floor balcony overlooking the city. Higher than the St Peter’s church you could see quite far off in the distance and I was more than happy I had made the effort to visit. 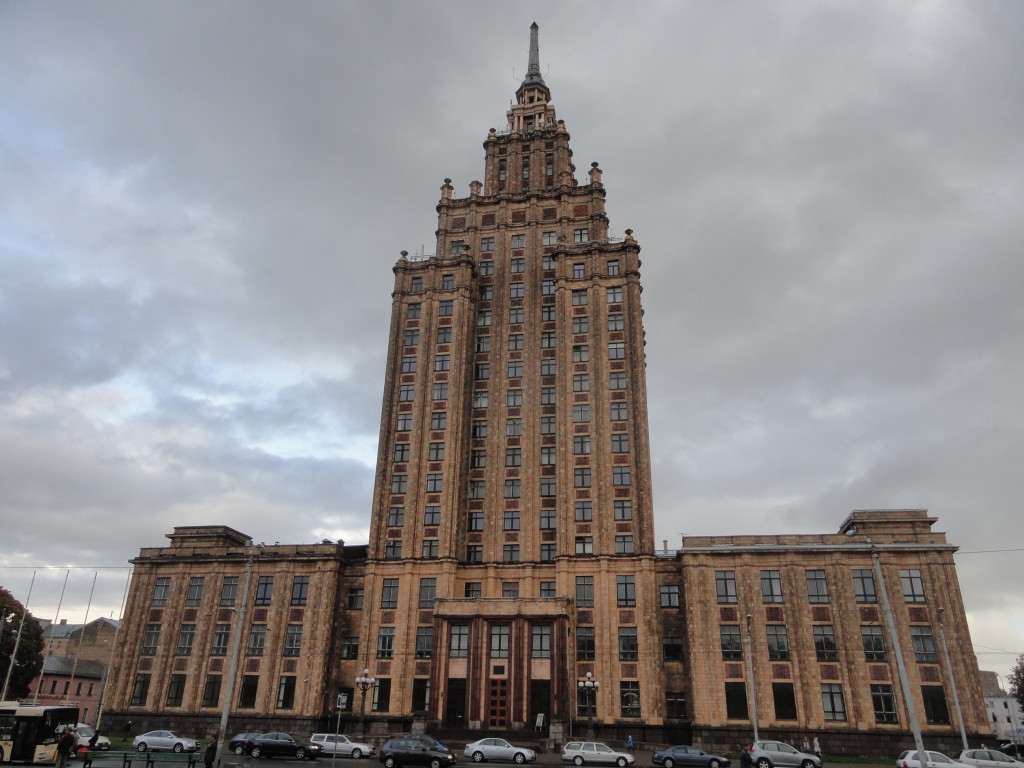 After a quick bite to eat I was off to my hostel for some sleep before heading to the airport.  With beer actually cheaper than water I was worried I wouldn’t be getting much sleep but it turned out fine as the party animals had actually yet to return when I jumped into a cab and made my way to the airport at 4am. I left Riga with a bit of sadness as I had come to really like the city and its people. What started as chance stopover turned into one of my favourite stops in eastern Europe.